K-pop heartthrob Wonho is back with a new album — and a new attitude — as he looks to make some big moves in North America this year.

the singer’s new mini-album, Facade, dropped June 14, with five tracks showcasing a mix of slow-burn R&B and groovy dancefloor bangers. For Wonho, whose last mini-album came out in February 2021, Facade It represents not only a new music release, but a new release of emotions for the 29-year-old.

“I would describe it like entering a carnival or an amusement park together and spending the whole day there,” he says over Zoom from South Korea, dressed casually in a tight navy T-shirt and baseball cap. “You get to experience an array of emotions at a carnival, and I tried to portray them through the album.”

To wit: Facade opens with a come-hither Wonho inviting a girl to get “crazy” with him, in the lead single of the same name, before the star gets vulnerable in the gorgeous ballad “Close,” singing, “Never need another heartbreak, I don’t ‘t wanna be all by myself, come close… you’re all I need.” The mood shifts from euphoric to introspective with ease, proving once again that Wonho is one of the most versatile and compelling voices in K-pop today. 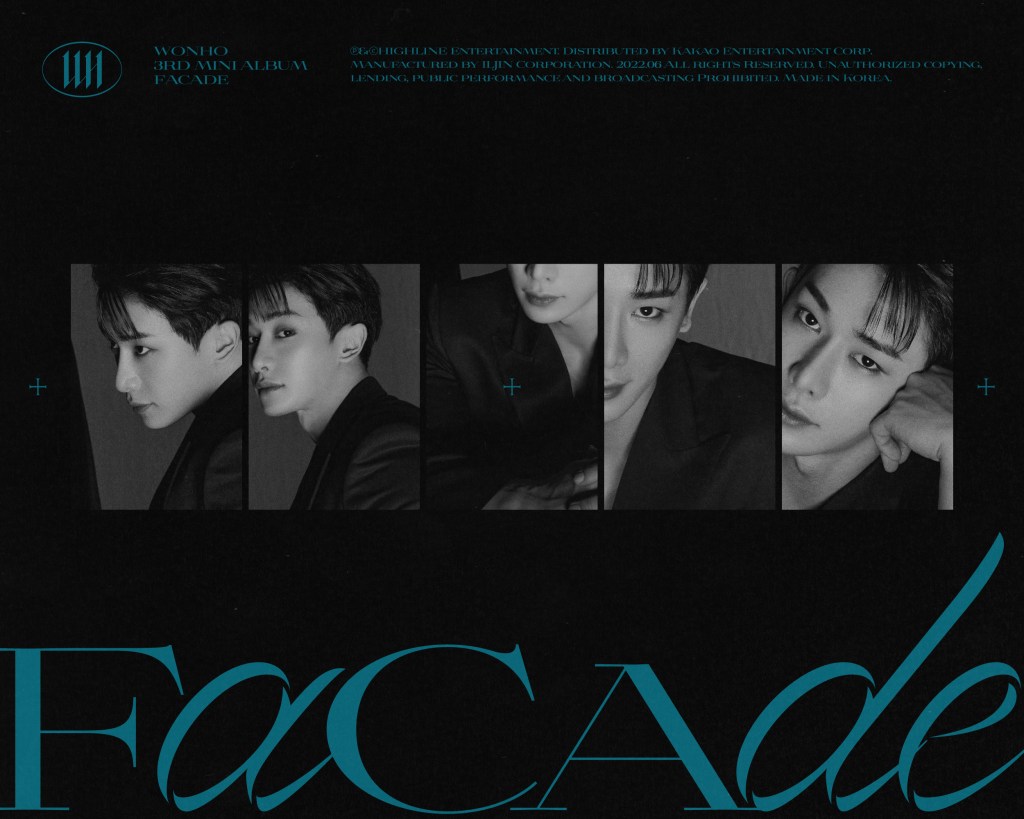 While many K-pop idols employ a team of songwriters and producers, Wonho kept his circle small this time around, working with producer ENAN, the musician Sun Ahn, and singer-songwriter Brother Su on all five tracks on Facade (all three previously worked with Wonho on his mini-album Blue Letterand his first single album, OBSESSION). Wonho was directly involved with every track on Facadehaving a hand in the songwriting, production, and vocal arrangements.

“I tried to experiment with new styles and new musical techniques,” he says, “but I was also involved in terms of the concept and overall theme of the album. From planning the direction for my outfits to choreography and all of the photoshoots, I took part in all of it.”

The new album marks a new era for Wonho, having launched his solo career in August 2020 — right in the middle of a global pandemic. With borders slowly opening up again, the Seoul-based singer says he’s eager to see his fans in North America and outside of Asia for the first time. “I’ve had the chance to meet my Korean fans, and even my Japanese fans, through concerts and events,” he says, “but I’ve never had a chance to meet my overseas fans and North American fans in one person. I would definitely like to meet them as soon as possible.”

A trek outside of Asia would not only mark Wonho’s first time touring outside the continent, but his first solo tour, period, after leaving the K-pop group Monsta X to go solo in 2019. While he reveals that “there is a tour in discussion right now,” the singer stresses that “nothing is fixed,” because he wants to make his first tour as perfect as possible — including expanding his language skills. “If I actually go on a tour, it would be a very fresh and new experience for me,” he says. “I would also have to speak more English and other languages ​​during the tour, so it would definitely be a new challenge.”

On Facade, Wonho liberally sprinkles in English on all the tracks, and “Close” is an all-English song. The singer is also fluent in Japanese, in addition to Korean, and has learned everything from Spanish to Thai for interviews with fans and reporters from around the world. Wonho is a rare idol who has succeeded because of his willingness to communicate with fans, and not in spite of any language limitation.

Still, it all comes back to the music, and Wonho hopes Facade will resonate with both new fans and old fans alike. “All my albums are different from each other, and I really want this album to speak for itself,” he says. “I do get nervous a lot, but rather than keeping that feeling of nervousness, I look forward to that moment when the music is finally out there in the world. I can’t wait for my fans to listen to it and enjoy it, and I can’t wait to see my fans in person soon, to experience the music together.”