This weekend we are racing at the Tempelhof Airport track in Berlin, which all the Formula E teams know well from racing there many times in 2020. I’ve had some good results there in the past, winning in 2019 and 2021, as well as some bad luck Like losing a win in 2015. But I don’t think I have any advantage over any of the other players.

The data gives us a good basis for studying, to understand what we did wrong or right and to try to improve from there. But everyone else has the same opportunities, too. It’s a wide track that allows for overtaking, and there’s specific driving technique with the concrete and the amount of power you put into the tires. I just wish the main rectum was a little longer.

Since we have space there, Berlin is the perfect place to try a different itinerary make up each year. Why do we always have to go down the same path? It would be fun to change it up, so everyone starts from scratch with a solid layout that is a variation of the current track or even completely different each year.

This weekend is the last time we go to Berlin with current Gen2 cars before we enter the Gen3 era later this year. The Gen3 specs are amazing, it’s a huge leap to the fastest cars ever in Formula E. The amount of extra power and also the car’s metrics, given it’s smaller, lighter and more compact, is definitely a good thing.

However, I don’t agree 100% with the design of the Gen3 car. I don’t think it looked aggressive enough and I wanted it to look more futuristic.

Of course, the appearance is very subjective and everyone has different views on what makes the car attractive. But speaking as a driver, I want to race a car that looks aggressive and mean – just by looking at it, you realize that you need a certain kind of skill to drive it.

One of the things that Formula E is missing in Gen3 is the “wow” factor. The car could have performed better, but it was deliberately decided not to do so on the basis of cost. That’s fine, but there’s less “cool” factor with Gen3 than when you see a Formula 1 car, which I don’t like. Formula E should be the car with the highest recognition for design that motorsport has ever seen.

What would I have done differently with Gen3? I’m going to keep the existing powertrain we have today and multiply it by two, which is a lot cheaper than developing an entirely new engine. The manufacturers have all hit it well and the engines are very close together, so I don’t think that needs to be changed.

I’ll have options to engage 4WD in attack mode, so you can get variances between cars. I also would have put the battery on the floor instead of a set of batteries behind the driver, which is an old design solution.

Design-wise, if there’s a future Tom Cruise movie where aliens invade Earth and accidentally pass a race track, the cars you see there have to be the Formula E cars designed today. You look at the car and say ‘This is what Formula 1 will look like in 20 years’.

With that in mind, I called designer Chris Paul and we were both working on introducing a more aggressive car design, which I think is a lot like the kind of thing we should have. That’s what I want in Formula E – the design to be more open than Formula 1, not the other way around.

We had that with the wheels covered and the V-wing at the rear in Gen2, but we lost it back to Gen3. It has become a car like any single-seater car on the planet, only with a few straight lines.

Appearance, aggressiveness, are very important in the car. People buy Ferraris, Bugattis and Porsches mainly because of the looks, and they rarely use the power. To me, the design trend built with Gen3 is not an evolution from Gen2. It just doesn’t look futuristic enough for my little boy or his friends to look at the car and say, “Wow, that’s amazing.”

For this season, it has brought a lot of new challenges. I learned a new team at Venturi, a new powertrain package at Mercedes, but also a completely different philosophy as a customer team rather than a manufacturer, which means the impact I can have on development is reduced.

I’ve raced with Audi for seven years since the start of Formula E, and the program that Envision now runs has been designed year after year by me and the Abt team. Whenever I want to make a change to fit my driving style, we can do it easily. Now, although we can make small updates and change the setup, most of the important components were developed by Mercedes and we just have to improve them. It’s a different way of working that took some getting used to.

However, our car is fine. And since the Formula E manufacturers’ teams are obligated to provide their customers with the same hardware and software, with the rest of the car essentially staying put, it’s possible we could outperform the Mercedes team. It was the same with Audi and Invison. We’ve developed everything and given everything for Envision, so we’ve been very close to each other in the years we’ve run the same package.

Of course, at Venturi we have limited resources compared to Mercedes as a private team. But the engineers and all the staff are very good. Among the mains, the level was no worse and perhaps better than in the Audi.

Overall, I’m very happy with the pace we’ve shown this year and I’m happy with the team. We are very competitive and got the podium in the first weekend in Diriyah, but since then a lot of things have happened against us which is a pity. Given the speed we went, we should be a lot closer to the points lead, but that’s what happens in Formula E sometimes.

Formula E made changes this year as well. The qualifying we have now is definitely better than the crazy random qualifiers we’ve had in the past few years. I’m glad the FIA ​​realized it was something to improve and changed the format to duels, which is more fair and it was very exciting. The recently announced five-year agreement to stage a race for Brazil in Sao Paulo from 2023 is also something I am very excited about.

As for Gen3, it’s still early days. Just having a faster machine motivates me to race and makes me excited for the future of Formula E. 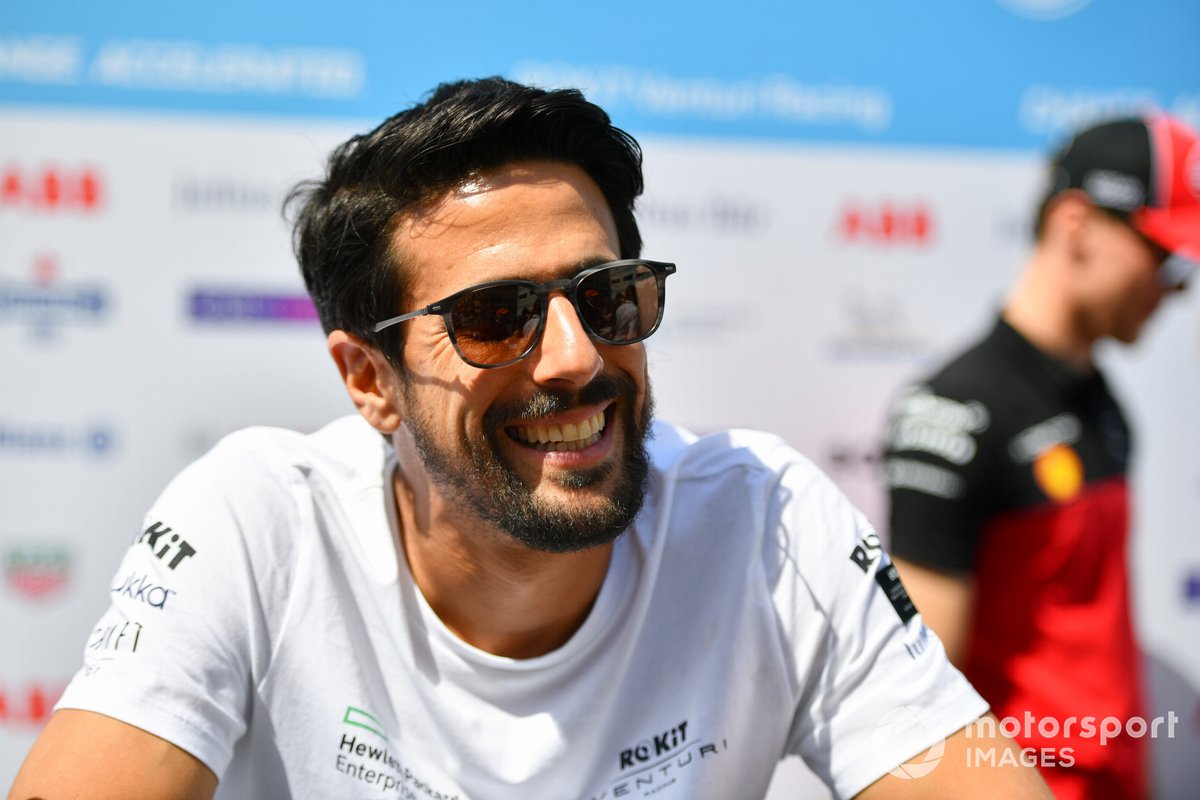