Knots Landing star Donna Mills may be best known for her role in the Dallas spinoff – but the 81-year-old actress has now claimed that she had a hand in the creation of an even more well-known on-screen character: Sandy from Grease.

According to the soap opera icon, when it came to finding inspiration for the famous role – which was played by Olivia Newton-John in the 1978 musical movie – one of the film’s writers used her as his muse for the blond bombshell.

Mills made the claim in an Instagram video posted to her account on Monday, when she shared a clip of herself transforming into Sandy, while revealing how she helped to inspire the iconic character.

‘Does the character Sandy from Grease look similar to me? Here’s why!’ she says at the beginning of the video. 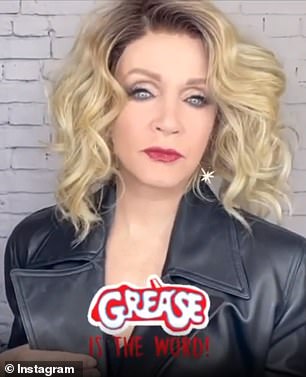 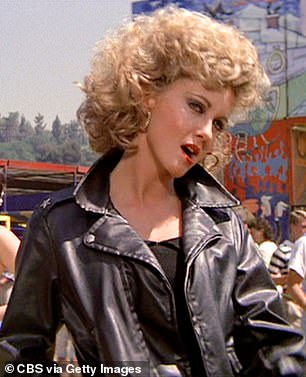 I’m Sandra Dee: Soap icon Donna Mills has claimed that she was the muse for Olivia Newton-John’s Grease character, Sandy 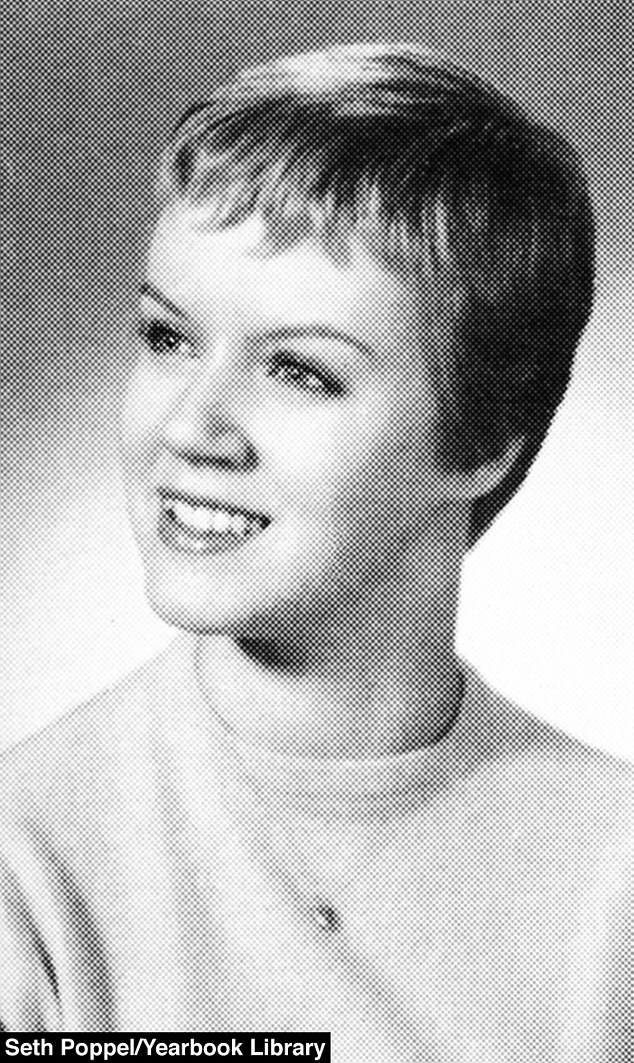 After posing in Sandy’s iconic black leather jacket look, Mills then stated: ‘Did you know I went to school with Jim Jacobs? Jim Jacobs who wrote Grease? Jim Jacobs who used me as his model for Sandy?’

She then continued: ‘I didn’t know it at the time but I found out years later – I was the original Sandy.’

Both Jacobs and Mills both grew up in Chicago and attended Taft High School.

The video had originally been posted by makeup artist Brett Freedman on TikTokwho captioned the clip: ‘Uh, yeah, @thedonnamills & I are now besties and doing TikToks together… so that’s what time it is here. 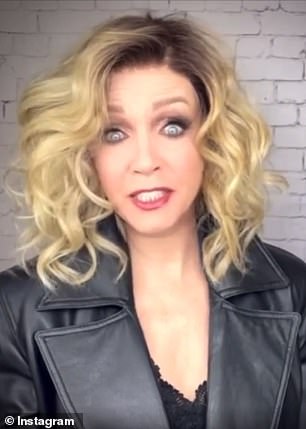 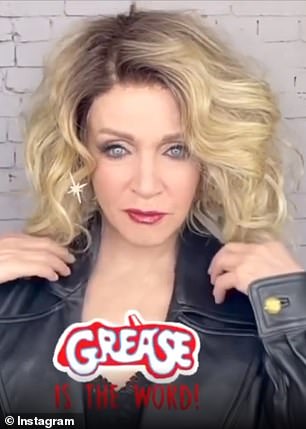 Tell me more, tell me more: Mills shared the video of her transformation on TikTok and Instagram 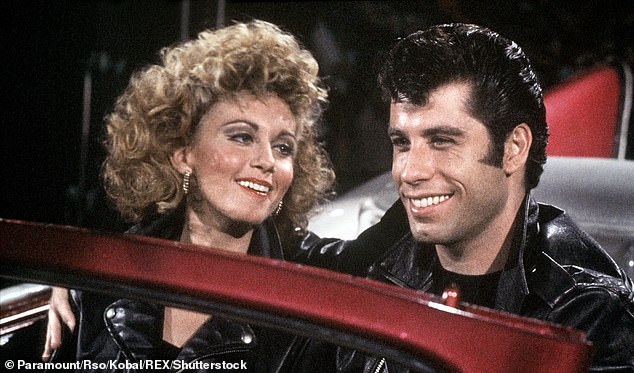 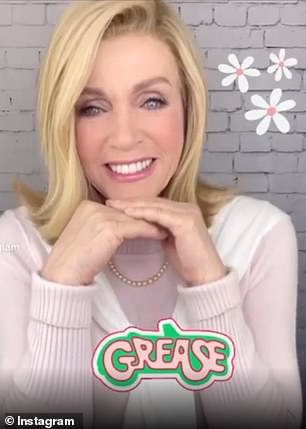 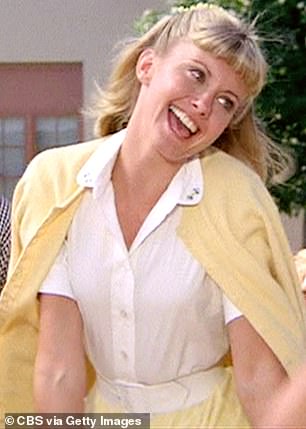 Pink lady: Mills opened up about finding out she was the muse for Sandy

He continued: ‘Fun Fact: Grease writer Jim Jacobs modeled the character Sandy on Donna Mills. They went to school together back in the day and it seems she left quite the muse-y impression!’

In a previous interview with The Buffalo NewsJacobs said he had the idea for the musical – based on his own experiences – after he got involved with the local community theater scene in Chicago.

‘We’re sitting around in my apartment in like 1969, and it was some cast party of a show,’ Jacobs explained.

‘Around one in the morning, there were still a few old potheads laying around, passed out on the floor. I was sick and tired of listening to Led Zeppelin or whatever the hell I had on the record player, and I dug out some of my old 45s.’

He continued: ‘That’s the humble beginnings of it. 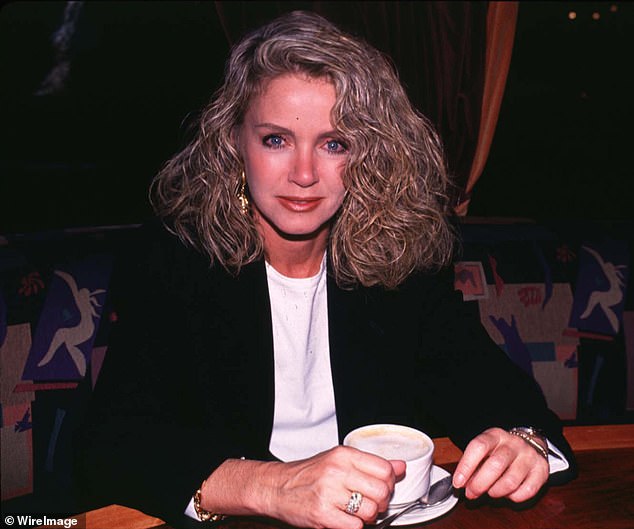 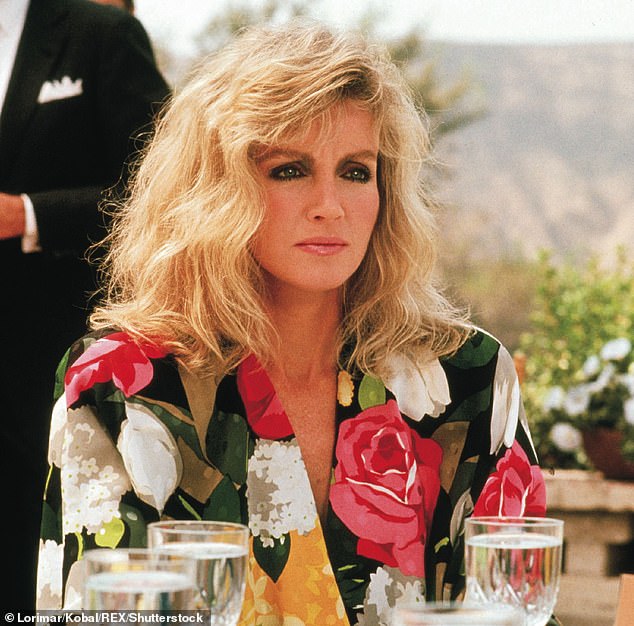 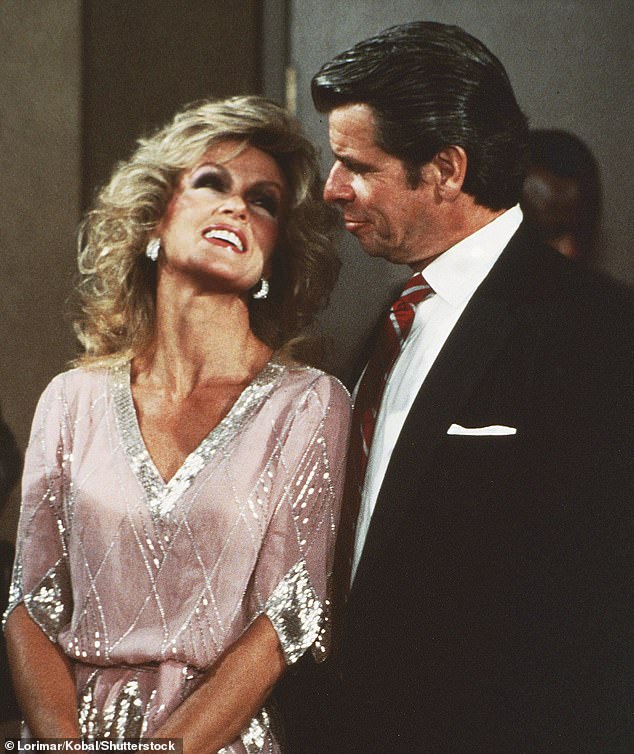 Household name: She first joined the show in 1980 before leaving in 1989

‘I was playing Dion and the Belmonts, Little Richard and the Five Satins, and I said to Warren, “Man, wouldn’t that be a gas to do a Broadway show using this kind of music instead of that traditional Brigadoon, Oklahoma stuff that we all know?”‘

Set in the fictitious Rydell High school, Grease depicts the ups-and-downs of relationships between Danny and Sandy Olsson, and among their friends, as they navigate senior year in the late 1950s.

Alongside the Broadway show’s successful run from 1972 to 1980, the iconic film adaptation became one of the highest grossing films of the Seventies and it is widely regarded as a Hollywood classic.

Mills, who stars in Jordan Peele’s upcoming horror flick NOPE, rose to stardom when she played scheming vixen Abby Fairgate on the Dallas spinoff Knots Landing from 1980 to 1989.

Donna, who appeared on television and in guest roles after her departure from Knots Landing, explained that she decided to take an 18-year hiatus from acting full-time to focus on raising her daughter Chloe – who she adopted in 1994 when she was 54 years old 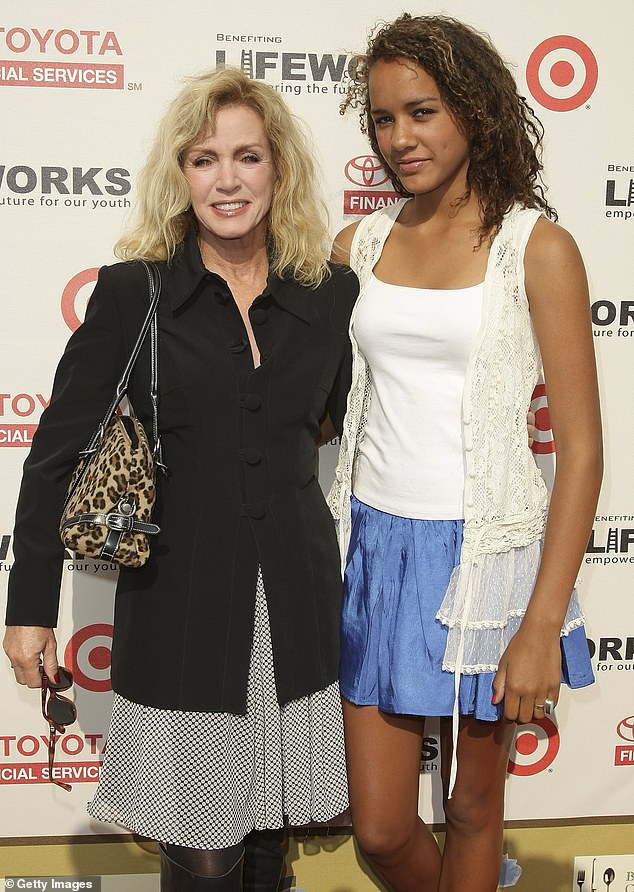 Motherly love: Mills stepped back from acting for over a decade to focus on raising her adopted daughter, Chloe (pictured together in 2009) 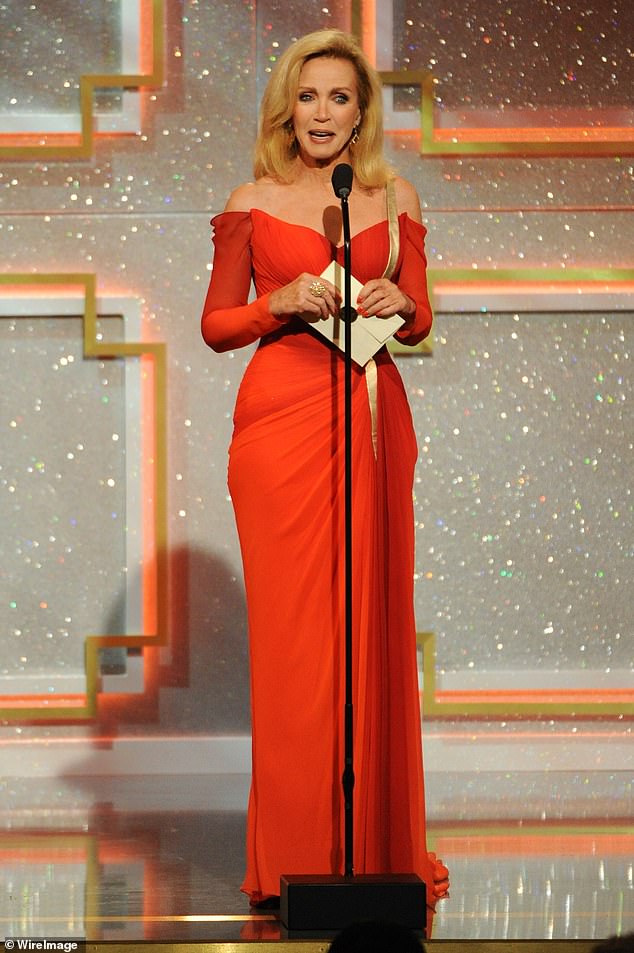 Speaking out about her decision to become a first-time mother in her 50s, Mills told People earlier this year that she ‘realized something was missing’ from her life, having spent so many years ‘concentrating on her career’.

‘I was very concentrated on my career, but at a certain point, I realized there was something missing — it was a child,’ she said.

‘So I went after it. I adopted her when she was four days old.

‘By that time, I was 54 and people said, “You’re going to be so old [to] have a little toddler running around.” I never felt that. I never felt older than the other mothers who were probably in their 20s.’

The actress returned to daytime television in 2014 when she was cast in a recurring guest-starring role on the ABC soap General Hospital.

She went on to win the Outstanding Special Guest Performer in a Drama Series award at the 2015 Daytime Emmy Awards for her performance.

Over the past few years, Mills has continued to act in television, movies and theater.