Jen DeMarco was 11 years old when the WNBA Launched in 1997. She had been a devoted UConn women’s basketball fan while growing up in Connecticut and loved collecting baseball and basketball cards with her family. But as soon as the WNBA tipped off, she began adding league player cards into the mix.

“It wasn’t like what it is now — where you can see games or see videos or read about (the league),” DeMarco says. “So as a little kid, I collected cards and I would hunt for all the players I wanted. I’d see their uniforms and look at their stats. That was how I experienced the WNBA.”

Years later, after DeMarco, 35, came out as a lesbian and moved to New York City, she attended a Liberty game with friends. During a timeout, a group of lesbian fans began kissing and laughing as a planned protest against the league. When DeMarco asked her friend about it, the friend explained the WNBA wasn’t supportive of its queer fanbase, so fans took it upon themselves to be as visible as possible in the crowd.

“I was confused,” DeMarco recalls. “The W doesn’t like gay people? Isn’t half the court gay? What’s going on? So, I felt like the league wasn’t for me.”

To newer fans, especially those in the LGBTQ+ community, this might sound surprising. The WNBA is one of the most — if not the most — progressive and diverse professional leagues in the world, where queer players are visible on and off the court and the need for publicly statement coming out or making a grand about their sexuality or identity unnecessary. Players also use their voices and platforms support causes, speak out about social injustice, enact political change and raise awareness about issues. WNBA commissioner Cathy Englebert and company have not only embraced them for it, but actively uplifted and encouraged their messages.

It’s hard to look back and acknowledge the WNBA wasn’t always this way. But there was a time when the league overlooked the LGBTQ+ community, and intentionally marketed its players and basketball product as a way to specifically appeal to heterosexual fans instead — particularly men. They were not only overtly feminized, but straight players who were married and had children were often put front and center in promotional materials and league marketing, while queer players, like pioneer Sue Wicks, said they felt pressured to hide their sexuality and identity. Throughout the aughts, the WNBA mirrored American society when it came to LGBTQ+ issues and acceptance. And queer fans like DeMarco felt snubbed.

Then something shifted. A new generation of bold and outspoken players Forced the WNBA’s hand, and the league began turning toward the queer community instead. Veteran players like Sue Bird and Diana Taurasi, who had been in the league during its closeted years, finally felt empowered to be themselves. Pride parades and events took place regularly. Layshia Clarendon became the first non-binary player in league history. And when Candace Parker recently announced on Instagram that she had married European basketball player Anna Petrakova and they were expecting a child, social media comments were overwhelmingly supportive.

Clemence, an out lesbian who works in marketing and co-founded Cut Down The Net — an organization that provides resources and support for young girls in basketball — got into the WNBA during the 2020 “wubble” season in the thick of the pandemic. She chooses not to let the league’s skeletons haunt her. For her, it’s about the present moment.

Clemence, who lives in Florida, says: “It’s really important to me to make sure my kids have things they can visibly see on (television) and feel like — we live in a very red area and especially right now with all the legislation being passed across the country and everything — you’ve got non-binary representation, everything across the spectrum in the league. And whether you’re personally gay or identify a certain way, there’s probably someone on the court you (relate to).”


Sue Bird (right), shown here after the 2020 Storm championship with fiancé Megan Rapinoe, is one of many high-profile out WNBA players. (Chris O’Meara / Associated Press)

Allyssa Eclarin, 31, agrees with Clemence when it comes to embracing the WNBA where it is now, and not just because they started Cut Down The Net together. It’s personal.

Clemence and Eclarin recently partnered with a Miami girls AAU team, which is affiliated with Lynx star Sylvia Falls. They are highly invested in women’s basketball overall and champion inclusion.

“Just seeing the fact that you can be a professional and have your love life not be detrimental to your career was really great, because that was an insecurity I had and still sort of have about being out,” says Eclarin, from California. “What I like about the WNBA is how open (the players) are with their sexuality. It made it easier for me, made me feel less alone. It feels very much like an afterschool club at times — just more welcoming and accepting rather than gatekeeping.”

For Bailey Gray, a 32-year-old attorney living in Texas, the WNBA’s evolution paralleled her own.

“The pivot that the WNBA did came around the same time that I was coming out and starting getting involved more in the queer community,” she says. “It helped very much for me — like we were kind of growing together in a little bit of a way. So, I missed a lot of the harder times. I know that there was a lot of silence and a lot of avoidance of the obvious queer elephant in the room.”

Gray, a trans woman, followed the NBA and other sports for years. She was in the pep band at Texas A&M and has been to both the men’s and the women’s NCAA Tournaments. When the Tulsa Shock moved to Dallas and became the Wings, Gray jumped at the chance to follow a local WNBA team. Her fandom has ballooned since then and the WNBA is the first sports league that has made her feel like part of a community. With other leagues, Gray says she feels like a passive participant. Her love of the WNBA has grown. And she has the jersey collection to prove it.

“I feel seen. I mean, I don’t want to give them too much credit. Because it’s not like they’re going out of their way or anything,” Gray says. “They’re not actively pursuing my fandom necessarily, but they are acknowledging my presence. And acknowledging our presence.”

Feeling seen in a genuine way that goes well beyond a sports league changing its social media avatar to rainbow colors during Pride Month is a crucial aspect and it’s what sets the WNBA apart, fans say.

“I think there’s a certain pride of place,” says Amanda Aubrey, 43. “The W knows its fanbase. They know who they are. They know who has shown up in the seats since the beginning, because there’s been this groundswell of enthusiasm in general. Rather than just being resigned to it, they actively are saying: We know, we see you, and we celebrate you. And they generally connect in that way.”

Aubrey, an attorney in Texas like Gray, remembers the WNBA’s inaugural season and the legendary “We Got Next” commercials that ran before the league tipped off. Her tie to the WNBA runs as deep as the nostalgia she feels when talking about how giddy she was as a teenager when the league began. Years later, having gone through her own journey of acceptance regarding her sexuality, Aubrey’s WNBA fandom has taken on a different form. She follows the league more closely now, roots for multiple teams, and revels in the visibility and acceptance of its players.

“For me, there’s a level of affirmation,” Aubrey says. “I think especially for people who have grown up in this fraught sort of past 20 years where the messaging has been so anti-, for lack of a better word. I think it’s really important to have that kind of outspokenness, not just tolerant, but accepting and celebrating, in such a visible way.”

WNBA teams host pride-themed games throughout the month of June, Pride shirts are available in the WNBA store, and representatives from the WNBA and NBA will march and include a float in the New York City Pride March on June 26. But it’s more than the marketing that makes Pride events feel authentic to WNBA fans. When Clemence walked her teenage daughter to school recently, her daughter asked if there were any gay players in the NBA. Clemence couldn’t name a single player, because there are no active openly queer players in the NBA. But in the WNBA, the list runs deep with at least one out player on every team. The reason is a combination of player autonomy and a league atmosphere of acceptance and support. “I really appreciate the players,” Bailey says. “Just the sheer number of players willing to be out there and passionate and open. Because, I don’t know, the world sucks. And getting to watch these badasses play basketball and do awesome things is a breath of fresh air that I think we all need sometimes.” 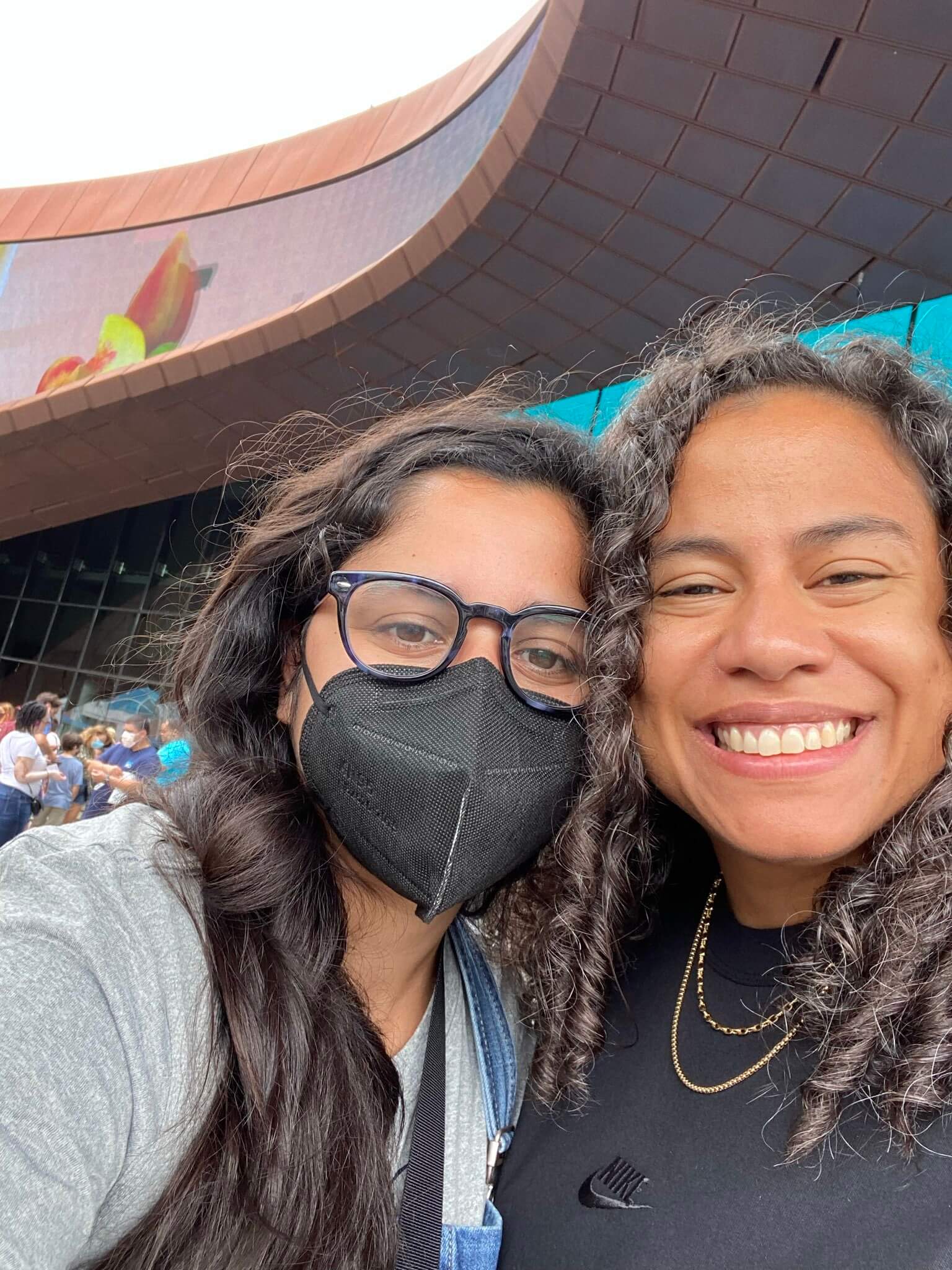 It’s been a long time since DeMarco walked away from the WNBA. Her relationship with the league has come full circle. She still lives in New York City and works as a technical program manager. And she still has that binder of WNBA player cards she started collecting as a kid. But when Panini released some new edition WNBA cards in 2019, she began collecting them and following the league again. Now, she has fresh binders full of current player cards and considers herself a WNBA superfan, attending Liberty games whenever she can.

“I feel a connection that I always wanted but maybe wasn’t there (before),” DeMarco says. “I love that.”